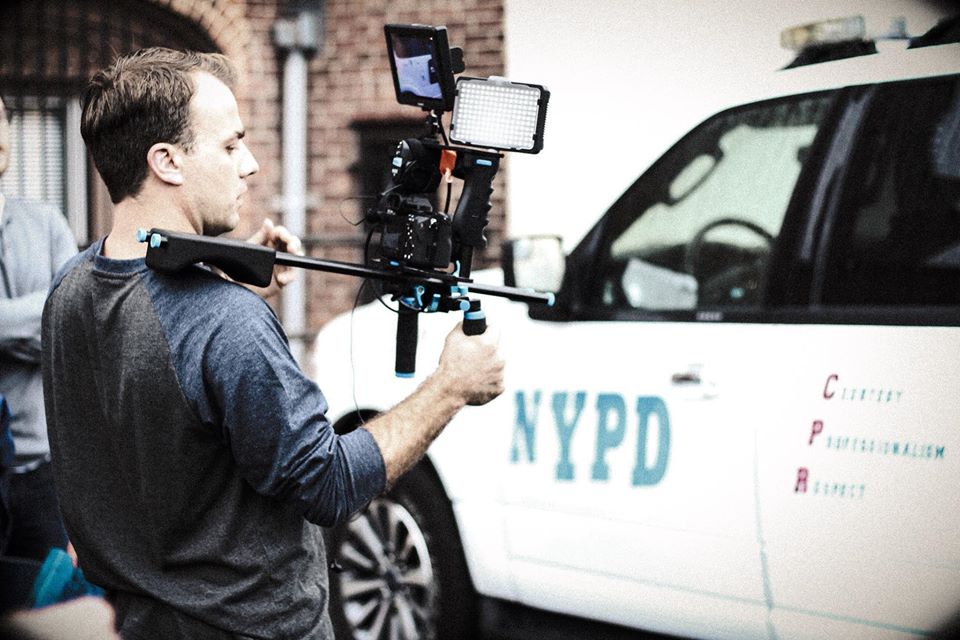 Chris Sciacco was born in New York City and raised near Annapolis, Maryland. His love of acting   and filmmaking began at a very young age. From putting on performances for his family, to watching endless amounts of movies and TV, he always knew he wanted to be in the industry somehow. When it was time for college, Chris moved back to New York City in 2004 to attend the New York Conservatory for Dramatic Arts where he became a Meisner graduate in 2007. Then in 2011, he graduated The New School with a film degree. Some classmates and Chris then collaborated to create the web series “Recession Whores”, which was the impetus to his production company “Rebel Lens Films”. Then some Other friends and Chris also joined forces to form the comedy team “The Grape Dutches of York”. Quickly, the troupe started creating short comedy films for YouTube and film festivals, while performing live comedy shows in various theaters throughout New York City. In 2016, Chris produced, edited, co-directed, and performed in the Off-Broadway show “Enchantment Park: in 3D & 4D”. Enchantment Park’s two-month run at The PIT was sold out nearly every night while receiving rave reviews from numerous publications. Most recently, his last film “In for Business” was screened in global film festivals and was nominated numerous times including wins for Best Supporting Actor and Best Editor. Please view some of more of Chris’s work at www.RebelLensFilms.com

After many months of chopping away 🪓, we have f

Nothing but #love at the bottom of this fall #rain

Enchantment Park is back!!! Wednesday June 3rd at

🎢 While we're all stuck in #quarantine @rebell

🎢 Stuck in #quarantine ? @rebellensfilms will b

It’s a lonely city out here for a horse! #horsel

When we were able to not be socially distant celeb

Life in Astoria during the Coronavirus #socialdist

Another weekend flying around in the #spacecab #on

Another fun shoot in the #spacecab this past weeke

#tbt behind the camera from a couple of scenes on

The trails were awesome this past weekend #snowboa

#tbt from this past weekends shoot for @rebellens

Lowlight Shot taken in Chinatown this past weekend

#tbt having some #bluemilk in #batuu with the #min

From paper to shoot! How @rebellensfilm brought th

#bts from this past weekends shoot for #spacecab @